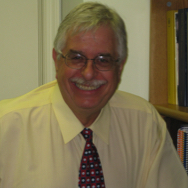 BARCELONA. The addition of IV acetazolamide to loop diuretic therapy led to a higher incidence of successful early decongestion in patients with acute decompensated heart failure (HF), according to the ADVOR trial.

The primary outcome of successful decongestion within 3 days of randomization was 42.2% with acetazolamide vs. 30.5% with placebo (P<0.001), Wilfried Mullens, MD, PhD, of Ziekenhuis Oost-Limburg, Genk, Belgium, reported at the European Society of Cardiology (ESC) meeting. The results were simultaneously published in the New England Journal of Medicine (NEJM).

“ADVOR was the largest diuretic trial ever conducted in acute decompensated heart failure with a very important clinical endpoint of decongestion,” Mullens said at an ESC news conference. “In these patients, the addition of acetazolamide to the standardized intravenous loop diuretic was associated with 46% [risk ratio 1.46] higher incidence of decongestion after 3 days.

“The study was underpowered to determine a mortality benefit,” Mullens said. medpage today. “But we saw that we could get more patients dry, meaning resolution of edema and ascites.” Other limitations of the study included the fact that it was only conducted in Belgium (the vast majority of patients were white), so the findings may not generalize to other racial/ethnic groups. Furthermore, at the time of the trial (November 2018-January 2022), sodium-glucose cotransporter 2 (SGLT2) inhibitors were not indicated and had not been approved as drugs to treat HF, so “the design of the trial excluded its use. the researchers wrote.

in a companion NEJM editorialG. Michael Felker, MD, of Duke University in Durham, North Carolina, said that ADVOR had “several notable strengths; it was a relatively large trial compared to other trials testing diuretics in patients with heart failure, multicenter, controlled with placebo. that evaluated a clinically relevant endpoint.”

But the exclusion of patients taking SGLT2 inhibitors “presents a conundrum for applying these results to contemporary clinical care…we can only speculate on the efficacy of acetazolamide in patients treated with background SGLT2 inhibitors, which could potentially be additive.” , subadditive or synergistic,” he said.

Felker suggested that younger patients, those with less severe or new-onset HF, and those with normal kidney function are more likely to respond to loop diuretics, and that treatment may be sufficient for successful decongestion.

“However, for the large group of patients who have some degree of diuretic resistance, or for those who have an inadequate initial response to loop diuretic therapy, these data suggest the use of acetazolamide as a reasonable adjunct to achieve faster decongestion. Felker said. “Future studies will further define the role of this strategy in the changing landscape of therapy for patients with heart failure.”

ADVOR had 519 patients (aged about 78 years; more than half men) hospitalized with acute decompensated heart failure who were randomized 1:1 to receive an IV bolus of acetazolamide (500 mg daily) or matching placebo. IV oral loop diuretics were given at twice the oral maintenance dose compared to divided doses. Patients had to have clinical signs of volume overload, N-terminal pro-B-type natriuretic peptide >1000 pg/mL or BNP >250 pg/mL, and be on oral maintenance therapy with furosemide/torsemide/bumetanide for at least one year. month before randomization. They received acetazolamide or placebo simultaneously with the first dose of loop diuretics each day. Follow-up was carried out for 3 months.

Regarding adverse events (AEs), the researchers emphasized that the “incidence of worsening renal function, hypokalemia, hypotension, and adverse events was similar in the two groups.” During the 3-month follow-up, about 48% in both groups experienced serious AEs. Serious cardiovascular AEs occurred in 47.1% of the study drug group and 44.1% of the placebo group.

Acetazolamide, an inhibitor of the enzyme carbonic anhydrase, is FDA approved to treat glaucoma, drug-induced edema, altitude sickness, and intraocular pressure after surgery. Mullens said that generic acetazolamide costs about $8 per dose.

Patients with suspected skin and breast cancer have seen the largest increase in wait times of all those referred urgently to a cancer specialist,...
Read more
HEALTH

‘House of the Dragon’ Episode 7 Recap: What Happened?

For now, one thing is clear: HBO has become house of the dragon in a structural imitation of another of his successful series. house...
Read more

I hope Tyler Smith is ready

the cowboys have been in talks with free agent left tackle Jason Peters about joining the team to help cover the loss of Tyron...
Read more

Instead of trick-or-treating this year, why not spend the night in one of the most recognizable spooky locations in cinema?The location in question is...
Read more

Ex-prosecutor: Trump appears to have run ‘fraud deals with a sideline in real estate’